Krishna consciousness is that spiritual state of awareness and love felt by those who have experienced a direct encounter with Krishna, the Supreme Being. It is the natural outgrowth of genuine devotion to Krishna, the God-incarnate who, over many centuries, has been worshiped by millions throughout the world.

The term “Krishna Consciousness” can refer to a number of different things, including:
• A general sense of peace and well-being that comes from living according to one’s values
• An intense feeling of closeness and oneness with all things
• A deep understanding of the interconnectedness of all things – a sense that everything is connected to everything else and no thing exists in isolation.

Although it can be difficult for some people to define or describe their feelings about Krishna Consciousness, it’s clear that when people feel this way they are experiencing something very special.

Krishnas conscience is the experience of feeling and acknowledging within oneself a moral or ethical judgment about what one feels is right and wrong. It can occur in any situation, including immediately after an action has occurred, in the form of a sense of guilt or remorse.

In some cases, krishna conscience may be accompanied by a physical sensation of heat or nausea, which is known as “the burning bush.” Conscience can be developed through meditation and yoga practices as well as through spiritual guidance and reading.

If you’re interested in learning more about Krishna Consciousness, consider reading books such as “The Bhagavad Gita” and “The Teachings of Sri Ramana Maharshi”. Chances are your inner spiritual quest will lead you to find out more about Krishna! 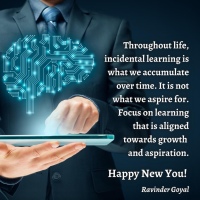